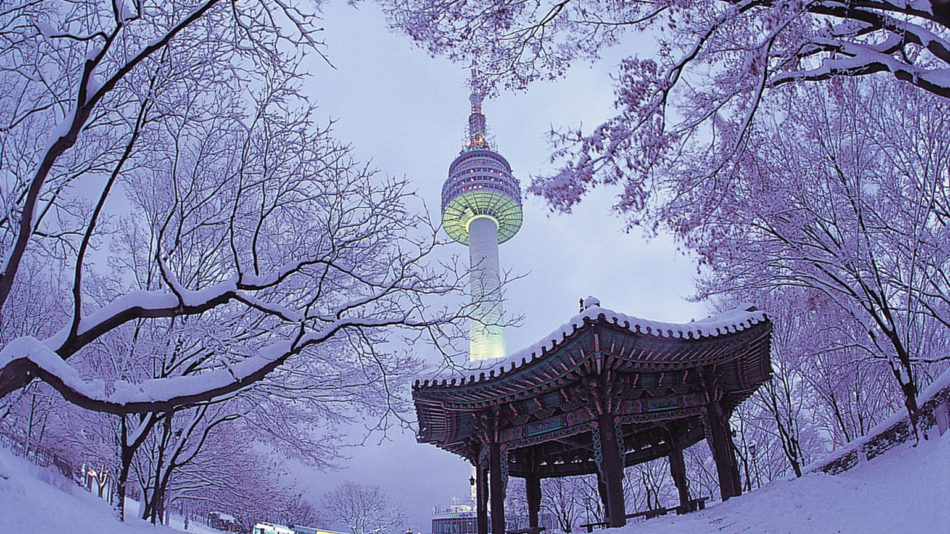 
►Day 01 Arrival in Seoul
Arrive at Incheon International Airport, where you will be met by our representative and transferred to your hotel by the airport limousine bus or by the van. The rest of day is free at your leisure time.

Established by the founder of Joseon Dynasty in 1392, Seoul, the capital of the Republic of Korea has a population of more than 12,000,000 people. Seoul is a city of the incredible contrasts which, despite its immense size, make it one of the most fascinating cities in the world.. In Seoul, the new and the ancient co-exist in the perfect harmony for everyone to enjoy.

►Day 03 Seoul / DMZ & the 3rd Infiltration Tunnel / Seoul   B.
After breakfast, drive to the DMZ
North Korea’s 3rd Infiltration Tunnel is located within the Demilitarized Zone (DMZ) and is located 44 km away from Seoul to the northwest, found in October, 1978, and 30,000 armed military forces with the field artillery can permeate through this tunnel per one hour. Dora Observation Platform is located at a western front line and from here you can get a view of the North Korean territory including the Propaganda Village, People’s School and Gaeseong City, the old capital city of the Goryeo Kingdom.

►Day 04  Seoul / Andong / Gyeongju B.
Meet your driver this morning and transfer to Andong city.
Upon arrival, you will see the traditional Hahoe Village which boasts a number of exquisite scenic sights. In fact, its name translates to ‘Village Enveloped by Water,’ referring to the Nakdong River which flows around the perimeter of the town.
Visit Hwacheon Seowon Confucian Academy and a traditional paper factory before transferring to the ancient capital Gyeongju.

The richest repository of ancient history and arts in Korea, the city of Gyeongju was once the splendid capital of the Shilla Kingdom (B.C. 57-A.D. 935). Gyeongju is filled with the remains of the ancient Shilla Kingdom’s temples, the royal tombs, the monuments, one of the earliest astronomical observatories in Asia- Cheomseongdae, built in 647 A.D., and the crumbled remains of the palaces and the fortresses. There is a branch (Gyeongju National Museum) of the National Museum Korea in the downtown where thousands of the items are exhibited. The two supreme treasures of Gyeongju are the Bulguksa Temple and the Seokguram Grotto, Being called “The Museum Without Walls”. Gyeongju has been designated by UNESCO as one of the world’s ten historic sites, and the Bulguksa Temple and the Seokguram Grotto were added to UNESCO’s World Heritage List in 1995.

After tour, proceed to Busan City.

Busan is the second largest city and the principal port of Korea. It is located on the southern part of the peninsula with more than 4 million inhabitants, it being geographically an excellent natural harbor. Busan has been an important trade center for fishing and some other industries for a long time. The major attractions of Busan are UN Memorial Cemetery, Busan Tower and Jagalchi Fishery Market and Haeundae Beach.

JEJUDO ISLAND
Korea’s only Island Province has a population of over 500,000 and covers an area of approximately 1,800 square kilometers, it comprising 34 minor islands around. This island is located 60 miles off the southern port of the Korean Peninsula.. Jejudo Island enjoys a subtropical climate with the mild weather year-round. The plants and landscapes are entirely distinct from those of the mainland and some are quite unique. Jejudo’s principal peak is Mt. Hallasan, it being the highest peak in South Korea (6,397 feet) and the volcanic cone was last active in 1007 A.D.

►Day 09 Jeju Island – Seoul B.
Breakfast at Hotel
Meet by driver and transfer to Jeju airport for Seoul by flight.
Upon arrival at Gimpo airport, you transfer to Hotel in Seoul.

►Day 10 Seoul / Fly home (Saturday) B.
After breakfast, check-out the hotel. Transfer to the airport

$3250
Land only per person based on sharing

$4575
Land only per person based on sharing

Be the first to review “Classic Korea” Cancel reply