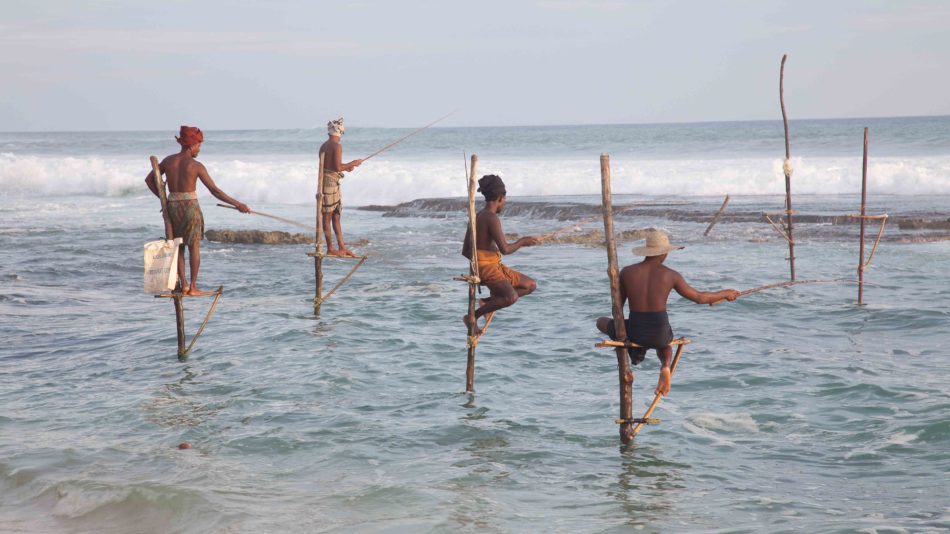 Upon arrival in Colombo airport, your driver guide and our representative will meet and welcome you at the airport. Your driver will assist you with your bags and then, you will be transferred to your hotel in Colombo. Upon reaching your hotel, check-in & relax.

Evening, proceed on a city tour of Colombo

*Colombo – is the business and commercial center and the new capital is Sri Jayawardhanapura Kotte, which is only a few miles away. Colombo was only a small seaport, which came into prominence in the 16th Century with the arrival of the Portuguese in 1505 and the development of it as a major Harbor during the British period and became the capital in 1815 after Kandy was ceded to the British. The remains of the buildings during the period and the Portuguese, Dutch and British rule are found in every area of the city.

Day 2 Colombo – Polonnaruwa – Sigiriya
After breakfast at the hotel, transfer to Polonnaruwa. Upon reaching, proceed on a city tour of Polonnaruwa.

*Polonnaruwa – another “World Heritage Site” was the Capital of Sri Lanka from 11th – 13th Centuries, contains some splendid and spectacular statues. Lankatilake, Tivanka and Thuparama are the most beautiful and largest Image Houses and Tivanka has the best example of frescoes of the Polonnaruwa period. Rankoth Vehera and Kirivehera are well preserved large stupas, and Gal Vihare – a rock shrine, has four Buddha statues, two seated, one standing and one reclining and Parakrama Bahu statue are examples of Sinhalese stone carver. The Vata-da-ge is a unique creation of the Sri Lankan artists

Afterwards, transfer to your hotel in Sigiriya. Upon reaching, check-in & relax at the hotel.

*Sigiriya – is a “World Heritage Site” and the 5th Century “Fortress in the Sky” which is perhaps the most fantastic single wonder of the Island. It is also known as Lion Rock because of the huge lion that used to stand at the entrance to the Palace on the summit of the 600-foot high rock. On its summit are the foundations of the Royal Palace, Water Tanks to supply water and all other buildings and at the edges the guardhouses. On one of the stairways the only known ancient work of Sinhala secular painting survived in the form of Frescoes of 21 lives sized damsels in all the freshness and delicacy of their original color.

Transfer back to your hotel.

Day 03: Sigiriya – Dambulla – Kandy
After breakfast at the hotel, transfer to your hotel in Kandy. En route, visit the Dambulla Cave Temples.

*Dambulla – is a vast isolated rock mass 500 feet high and a mile around the base. Here is found the famous Rock Temple dating to the First Century B.C. The caves of Dambulla sheltered King Walagamba during his 14 years of exile from Anuradhapura. When he regained the throne he built the most magnificent of Rock Temples to be found in the Island. In the first Cave is a recumbent image of the Buddha 47ft long cut out of the Rock.

Upon reaching, Check-in & relax at the hotel.

*Temple of the Sacred Tooth Relic – ever since 4th Century A.D, when the Buddha’s Tooth was brought to Sri Lanka hidden from sacrilegious hands in an Orissan princess’ hair, the Relic has grown in repute and holiness in Sri Lanka and throughout the Buddhist world. It is considered Sri Lanka’s most prized possession.

After an early breakfast at the hotel, visit the Pinnawala Elephant Orphanage.

*Pinnawala Elephant Orphanage – App. 55 miles from Colombo, off the Colombo – Kandy road is Pinnawala, where an orphanage was started in 1975 to house the abandoned and the wounded elephants. The number of elephants has increased to more than 65 now; including Baby Elephants brought from various parts, as well as the 23 babies born, as a result of the captive breeding programme. The best time to visit is the feeding time from 0930-1000 hrs and 1330-1400 hrs and the bathing time from 1000- 1030 hrs and 1400-1430 hrs when all the elephants are taken to the river close by.

Peradeniya Botanical Gardens – 147 acres in extent; Started in 1374 as a pleasure garden of the Kings of Gampola and Kandy. There are more than 5,000 species of trees, plants and creepers. Some rare and endemic as well as flora from the tropical world are found in the gardens. Spice Garden and Orchid House are popular with tourists. There are 5 Palm Avenues beautifying the gardens, the earliest and tallest Palm Avenue (Royal Palm Avenue) was planted in 1905 and the Double Coconuts from the Seashells Island, with the largest seed of all plants in the world is one such avenue.

Later, transfer to your hotel in Nuwara Eliya. En route, Visit a Tea Plantation/Factory. Upon reaching check-in & relax at the hotel.

Day 05: Nuwara Eliya – Yala
After breakfast at the hotel, transfer to your hotel in Yala. Upon reaching, check-in & relax at the hotel.

In the evening enjoy a 4X4 Jeep Safari at the Yala National Park.

*Yala National Park – is 378 sq. miles in extent. Yala was established in 1938 from what originally was Sportsman’s shooting reserve. This is most famous and well developed National Park where wild animal and birds could be observed. The wild animals include Elephants in herds of varying sizes, Leopards, Wild Boar, Wild Buffalo, Crocodile, Peacocks, Jackal, Sloth Bear and other animals. The bird-life comprises of about 130 species including the resident and migrants. Painted Strokes, Paradise Flycatcher, Grey Herons, Serpent Eagle, Sea Eagle, Black-Necked Stork, Spoonbills, Pelicans add colour to the bird life in the park.

Transfer back to your hotel.

Day 06: Yala – Galle – Colombo
After breakfast at the hotel, transfer to your hotel in Colombo. Upon reaching, proceed on a city tour of Galle.

*The Dutch Fort – Galle – The South Coast’s major city is Galle, whose oldest landmark is the massive Portuguese and Dutch Fort which is a “World Heritage Site” in which the central city is contained. But the city may be much older. Some scholars believe it to be the “Tarshish” of the Old Testament, to which King Solomon sent his merchant vessels, and to which Jonah fled from the Lord. Today, the 90-acre Galle Fort shows no evidence of the Portuguese founders. The Dutch incorporated the Portuguese northern wall in a great rampart in 1663. A second, taller wall was built inside of it.

Day 07: Colombo – Airport
After breakfast at the hotel, transfer to the airport for your departure flight back home.

Be the first to review “Flavour of Sri Lanka” Cancel reply