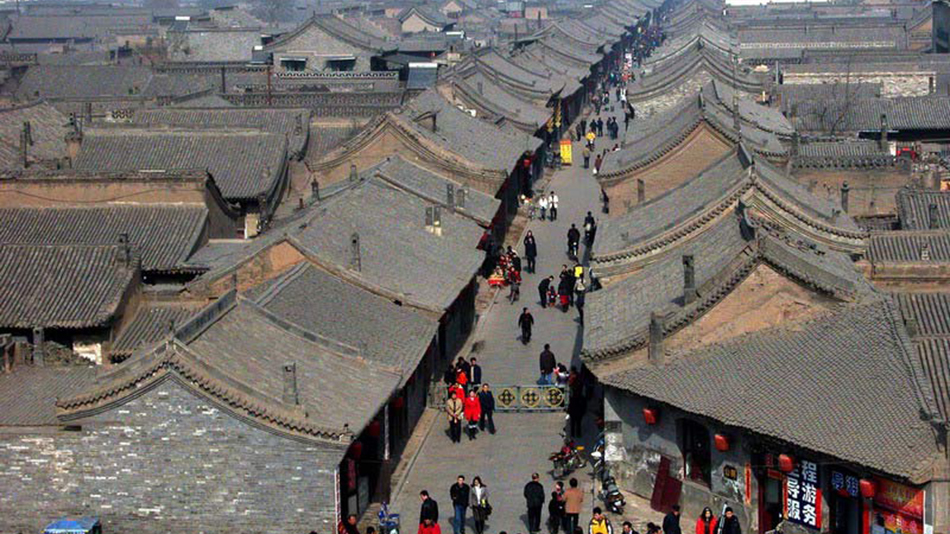 Shanxi is a plateau province of North China. Its ancient sites include Pingyao, a preserved old town dating from the Ming and Qing dynasties. On the outskirts are sprawling old merchants’ mansions including the Qiao Family Courtyard. The expansive collections of regional artifacts going back to prehistory.

Day 1 Arrive in Beijing
Upon your arrival at Beijing International Airport, you will be greeted and transferred to hotel. The rest of the day is free at leisure.

Day 2 Beijing (B/L/D)
Today, we vivit Tiananmen Square, Forbidden City, where the 24 emperors of the Ming and the Qing Dynasties ruled the Middle Kingdom for nearly 500 years (1420-1911), view the world’s greatest cultural heritage. visit the Temple of Heaven, built in 1420, the temple was where emperors went to worship heaven for good harvests

Day 3 Beijing to Datong (B)
Fly this early morning from Beijing to Datong.
the balance of the day, sightseeing in Datong. Visit Yungang Grottoes, a UNESCO World Heritage Site known for their fusion of Buddhist symbolic art from south and central Asia. Take a look at Datong’s Nine-Dragon Screen，very similar as the one in Forbidden city with the superior workmanship of artisans. The nine caved sacred dragons are in different postures and showing the imposing appearance, later we will tour Huayan Temple built in the Liao Dynasty.
Hotel: Grand Hotel

Day 4 Datong to Taiyuan (B)
This morning, we will drive towards Taiyuan, the capital city of Shanxi. En route, we will visit the Yingxian Wooden Pagoda and the Hanging Temple. Yingxian Wooden Pagoda is the oldest all-wood pagoda in China, and the highest all-wood pagoda in the world, standing at 67.31 meters and with a base diameter of 30.27 meters. Xuankong Si (the Hanging Temple), an ancient temple that seems to be carved into the cliffs 164 feet (50 meters) from the ground, the Hanging Temple boasts Buddhist, Taoist and Confucian structural elements.
Upon arrival in Taiyuan, check in to your hotel.
Hotel: Taiyuan Fuli Pullman Hotel

Day 5 Taiyuan – Pingyao (B)
Meet your guide and visit the Jinci Temple which is located at the foot of the Xuanweng Mountain to the southwest of Taiyuan, one of the most important historical relics under special protection of the State. After lunch, visit the Twin Pagoda Temple. The two pagodas of the Twin Pagoda Temple are the symbol of Taiyuan.
Then you will drive to Pingyao Ancient City, on our way, visit Zhenguo Temple.
Arrive in Pingyao, the ancient cities well preserved in China and it was evaluated as the most outstanding heritage in the world by UNESCO in 1997.
Hotel: Yunjincheng Mansion

Day 6 Pingyao (B/L)
Full day explore the ancient town of Pingyao: walk on the city wall and shop at the Ming & Qing Streets. You will feel that you are back to the ancient Chinese history. Pingyao was originally built 2,700 years ago and expanded about 600 years ago in the Ming Dynasty, keeping a complete city wall, the old street layout and a group of featured buildings. The essence of Pingyao could be found while you are wandering along the Ancient Ming-Qing Street, namely the South Street of the ancient town. Here, you will find about one hundred various kinds of shops opened in old buildings, revealing the prosperous commercial atmosphere created by local merchants hundreds of years ago. Besides, you should focus on the Temple of the City God, Rishengchang Exchange Shop and Tongxinggong Ancient Bank Safeguard. It is worth to be mentioned that Rishengchang is one of the earliest exchange shops in China. Visit the Confucius Temple in the Ancient City of Pingyao and City Tower.

Day 7 Pingyao (B/L)
This morning, travel south for 45minutes on the highway to visit Wang family courtyard. Wang family courtyard is an example in handing down and inheriting the five thousand years’ old Chinese civilization and a peak-usurping masterpiece of Chinese civil residence architecture of Qing Dynasty. It was built by the Wang family in Jingsheng, the posterities of Taiyuan Wang family, which in history had been one of the four large families in Lingshi county.

After lunch, drive to Shuanglin temple praised as the ‘ancient painted sculptures museum’, it is one of the three treasures of Pingyao, having been included in the World Heritage List by UNESCO in 1997. After the successive repairs in later dynasties, what have been preserved by now are mostly works of Ming dynasty. Return to Pingyao and you could climb up the well-preserved Pingyao City Wall which looks like a giant turtle.

Day 9 Xian (B/L/D)
Depart this morning for a visit to the Famen Temple known as the forefather of pagodas and temples in Central China, about 73 miles west of Xian. In 1985, an underground palace was accidentally discovered and where the finger bones of Sakyamuni and other valuable relics that enshrined these precious bones was found. Other valuable relics include gold brocades, porcelains and gold plate. The exquisite patterns on a embroidered skirts that The Empress Wu Zetian had consecrated were made out of gold threads, only 0.1 millimeter thick each, finer than a hair inter-twisted with silk thread. It reveals the superb technique of gold brocade in the Tang dynasty. The secret seladon made of Chinese green porcelain is unique for its very complicate and fine process techniques, which were kept secret, hence the name “secret seladon”. The findings are noteworthy for its research value of Chinese porcelains. The gold gilded monk’s cane is the most precious Buddhist gold and silver relic. Lunch at local restaurant. Later in the afternoon visit Qianling Mausoleum, the joint tomb of Emperor Tang Gaozong and Empress Wu Zetian, the only Empress in Chinese history. You will see some of the exquisite stone carvings of the Tang. On the way back to your hotel, stop at Xianyang Museum where The famous Han Terra cotta army is showing in the fifth and sixth exhibiting halls. Powerful and sturdy, they fully express the mighty military power of the West Han dynasty.

Day 10 Xian (B)
Transfer to the airport for your onward flight.

$1,460
Land only per person based on sharing

$1,750
Land only per person based on sharing

$2,345
Land only per person based on sharing

Be the first to review “Nostalgic China” Cancel reply