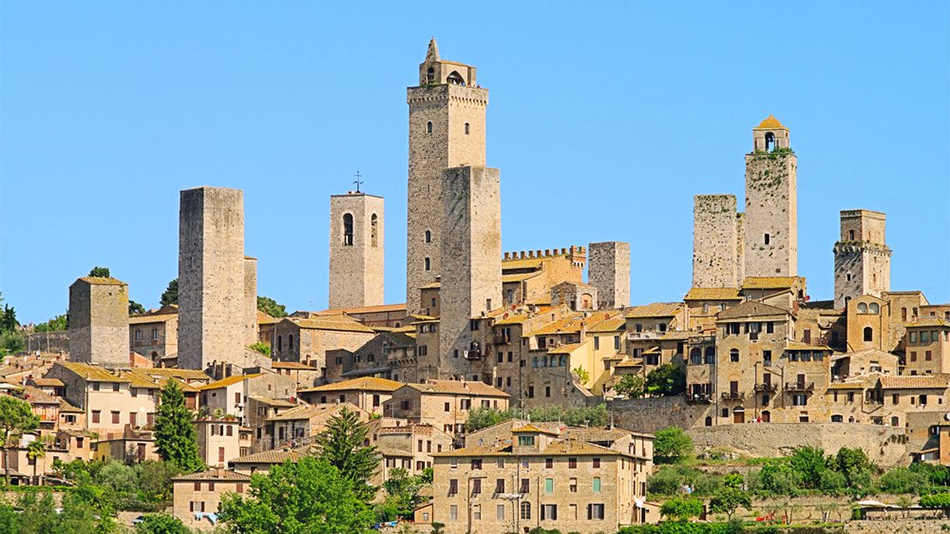 The Art of Living in Tuscany

The Region of Tuscany is not only the Cradle of the Renaissance, but the centre of medieval European trade and finance and one of the wealthiest cities of the time.

Tuscany is considered the birthplace of the Renaissance and has been called “the Athens of the Middle Ages”. Its peaceful countryside, vibrant cities and historical towns are all enriched by a fascinating history and culture. This authentic one-week trip will give you a good introduction to the sites, scenery, wine, food, art and history of beloved Tuscany.

Discover Florence, home to numerous museums and art galleries such as the Uffizi Gallery and the Pitti Palace, is still exerting an influence in the fields of art, culture and politics.

Florence is also an important city of Italian fashion, being ranked within the top fifty fashion capitals of the world.

This journey includes an extensive sightseeing and ample leisure time to pursue your individual interests.

June 17, 2018 Arrive Florence
Upon arrival, transfer from Florence Peretola airport to your hotel in Florence.

Jun 18,2018 Florence (B)
The influence of the Renaissance culture is everywhere in Florence and your private guide will introduce you to the main sites of the city and the Uffizi Gallery masterpieces. With more than two thousand artworks, the Uffizi Gallery is one of the most complete art collection of Italian artists such as Botticelli, Caravaggio, Da Vinci, Canaletto, Michelangelo and many others. Your guide will make you discover the main pieces of this impressive museum and you will also enjoy a breathtaking view of the city and the Arno river from the rooftop terrace. Afterwards, you will see the Florence cathedral, one of the landmarks of the city crowned by the giant Brunelleschi’s dome that keeps a secret to reveal. The religious centre is a few metres away from the political centre represented by Piazza della Signoria, where you will admire Palazzo Vecchio and the other symbols of the civic life since Medieval times. Arriving to the famous Leather market of the city don’t forget to rub the boar’s snout of the statue Il Porcellino to ensure your return to Florence! Finally you will step on Ponte Vecchio, the stone covered bridge nowadays renowned for the many jewelleries.

June 19, 2018 Florence – Pisa – Florence (B)
Get the most out of a daily excursion to Pisa with private transports and private guide. Arriving to Pisa, you will admire the stunning Byzantine mosaics and artworks by the Pisan School housed in the imposing Cathedral, the Square of Miracles with the famous Leaning Tower and the other marbled buildings of the huge square. You will enjoy a relaxing view of the Arno river from the Lungarno of Pisa, finally you will return back at your hotel with endless memories of cities that are symbols of the Renaissance splendour.

June 20, 2018 Florence – San Gimignano – Siena (B)
You will be astonished by the unmistakable skyline of San Gimignano with about a dozen towers and the medieval walls that include notable examples of both Romanesque and Gothic architecture. Placed in the route of the Via Francigena, the town still hosts many churches and monasteries with paintings of the Sienese and Florentine Schools and has been declared a World Heritage Site by UNESCO. The town also is famous for the saffron and its white wine, Vernaccia di San Gimignano, produced from the ancient variety of Vernaccia grape which is grown on the sandstone hillsides of the area.

June 21, 2018 Siena (B)
Enjoy a day out discovering the medieval alleys of Siena with a private driver at your complete disposal. Your private guide will show you the imposing Palazzo Comunale (Siena’s town hall) with the high Mangia Tower, Piazza del Campo in which the famous Palio horse race takes place every summer, the Cathedral built in the 12th century and many others. While walking along the city, you could taste the famous Panforte, prepared with Sugar, honey, nuts, fruits and spices mixed together with flour or the famous Cavallucci pastry made with anise, almonds, candied fruits, coriander, and flour. Also, you could not leave the town before tasting Pappardelle with hare or veggie Lasagna.

June 22, 2018 Pienza and Cheese private tour (B)
On your journey along the Tuscany, you will stop by Pienza, a little jewel in the Tuscany countryside. Pienza is deeply renovated in the early 15th century by Pope Pius II Piccolomini, it is considered a touchstone of Renaissance urbanism, famous also for the Pecorino cheese production. You will have the chance to taste the real Pecorino di Pienza, a famous artisan cheese made only in the Crete Senesi made only with milk from sheep raised out in the open and nourish only with the local flora.

June 23, 2018 Montalcino and Montepulciano (B)
Today you will discover Montepulciano area famous all over the world for its pork, cheese, “pici” pasta, lentils, and honey, it is known worldwide for its wine. In Montepulciano you will admire the imposing Palazzo Comunale designed in the tradition of the Palazzo della Signoria in Florence, the ancient Cathedral of Santa Maria Assunta built in 1586 and the walls of the city date to around the 14th century. Then you will reach Montalcino, where you will admire the imposing Abbey of Sant’Antimo built outside the town walls, then you will enter the medieval village characterized by the fortress made of stone of the 13th century, the Cathedral and the ancient town hall.

Based on 10 or more Guest

$2795
Land only per person based on sharing

$2795
Land only per person based on sharing

Call 1-888-887-1688 or email info@tripconnoisseurs.com
to arrange the international flights for this journey from your home city.