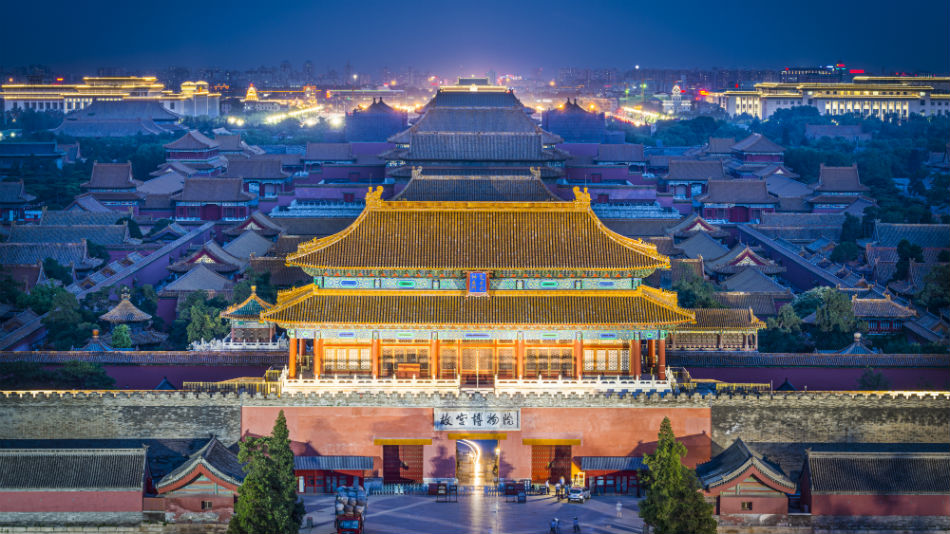 Discover China’s Capital Beijing. a city of contrasts, where towers of glass and steel rub shoulders with ancient hutongs and palaces. The city is a testament to China’s imperial past and incredible future.

Day 1 Beijing
Upon arrival in Beijing by air or by train, an English speaking local representative will be holding a welcome sign with your name on it to greet and meet you at the arrival hall of the Airport or Train Station, then transfer to hotel in the city centre and check-in.

Balance of the day is free at leisure.
Transfer can also be arranged from cruise terminal in Tianjin with extra cost

Day 2 Beijing (B)
After breakfast, you are picked up from the hotel lobby by your guide and enjoy a full day sightseeing tour of Beijing.

Start at Tian An Men Square, the largest public plaza in the world where Mao Tse Tung first raised the flag of the People’s Republic.

Afterwards, we access to the Forbidden City via the Gate of Heavenly Peace. The Imperial Palace, lying inside the Forbidden City and surrounded by a high wall and broad moat, is probably China’s greatest surviving historical site. Dating from the 15th century, the Palace was home to a total of 24 emperors and today, its fabulous halls, palaces and gardens house a huge collection of priceless relics from various dynasties.

This afternoon, we visit to the lavish Summer Palace, the former retreat for the imperial family that is one of the finest examples of Garden Architecture in China. More than 100 traditional architecture to be found in the Summer Palace including pavilions, terraces, temples, pagodas, waterside gazebos, covered corridors, stone bridges and the famous marble boat. Being the largest and most well-preserved royal park in China, it greatly influences Chinese horticulture and landscape with its famous natural views and cultural interests, which also has long since been recognized as ‘The Museum of Royal Gardens’.

Day 3 Beijing (B/L/D)
Morning excursion to the Mutianyu Great Wall, a less crowded section of the wall, considered one of the most spectacular with numerous guard towers and stirring views. It’s a thrill to walk along the Great Wall of China – a formidable construction that winds its way over hills for more than 2,000 miles.

In the afternoon visit the Ming Tombs, the burial site of 13 Ming Dynasty emperors, with its impressive Spirit Way.

Day 4 Beijing (B/L/D)
This morning at the Temple of Heaven, you may join or watch the locals out doing Tai Chi, Qigong, fan dance or disco as morning exercise. The majestic Temple of Heaven was once used by the Chinese emperors as a place to mediate affairs between God and man.

Afternoon, visit the Hutong by pedicab and take a leisurely stroll through the 700-year old narrow, winding streets that surround the Forbidden City. Watch the daily routines of the local people in their courtyard homes.

Learn how to make Dumpling with local family and dinner at the local home.

Day 5 Beijing (B)
Private transfer to the Train Station or airport for your onward journey.

$595
per person based on sharing
REQUEST A QUOTE

$650
per person based on sharing
REQUEST A QUOTE

$995
per person based on sharing
REQUEST A QUOTE
Dec, Jan, Feb
Mar, Apr, Jun, Jul, Aug 1- Sep 15, Nov 15 – 30
May, Sep 16 – Nov 14
Surcharges may apply for travelling during special events and major public holidays (e.g Trade Shows, Conference, Labor Day, Christmas and New Year, Lunar New Year, etc)
Above prices are based on 2 guests travelling together. We offer a wide selection of hotels and customized itinerary. Click the button to request a specific quote based on number of guests, their interests and budget.

Be the first to review “Beijing Stopover – 5 Days” Cancel reply