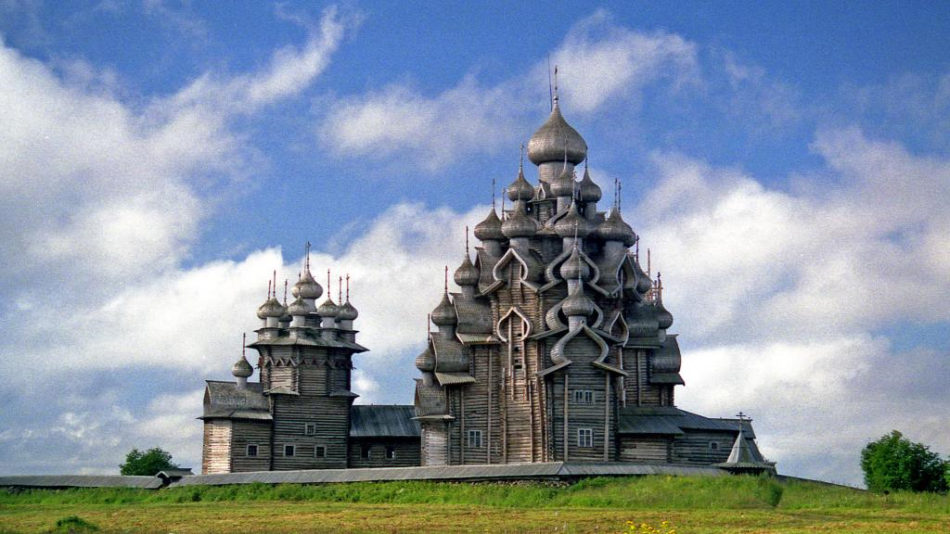 From vibrant Moscow to cosmopolitan St. Petersburg and quaint riverside towns in between, we will show you all of Russia’s highlights and introduce you to her people, culture and history.

Day 1 – Moscow, embarkation (D)
Today, you are transferred from Airport or railway station or City Hotel to your ship.
Welcome aboard! After checking in with reception, crew members will accompany you to your cabin for accommodation and unpacking.

Day 2- Moscow, City Tour (B/L/D)
Moscow is the capital of Russia; the most dynamically developing megalopolis. Our professional guides will lead you through this thrilling city and tell you some interesting facts about its foundation and present-day life. You will see the main square of the country, parade and concert grounds, Red Square, the GUM department store, Lenin’s Tomb, the restored building of the Bolshoy Theater, Lubyanka Square with the former KGB (now FSB) building, the rebuilt Manezh square, and the golden cupolas of the Cathedral of Our Savior. The New Maiden Convent is picturesquely spread out in the Moscow River bend and the building of MGU (the Moscow State University) on the Sparrow Hills has a breathtaking panoramic view of the city. At the end of the tour, you may choose to stay downtown or come back on board the ship.

Day 3 – Moscow, Kremlin & Cathedrals (B/L/D)
Today you will have a unique chance to visit “the heart of Russia” – the territory of the Moscow Kremlin. It is one of the largest architectural ensembles in the world, including monuments built over the time from the late 15th to the 20th centuries. Historically, the Moscow Kremlin has been the residence of power and today it is the residence of the Russian President. The monumental walls and towers of the fortress capture the look of ancient Moscow with the Kremlin’s golden-domed cathedrals, old chambers, magnificent palaces, and beautiful office blocks. The unique museum complex includes several cathedrals: the Assumption Cathedral, (the coronation place of all Russian tsars), the Archangel Cathedral (the burial place of Russian tsars before Peter the Great), the Annunciation Cathedral, the Tsar Bell, the Tsar Cannon, and Ivan the Great Bell Tower.

Day 4 – Uglich (B/L/D)
Uglich, the town of rare beauty and tragic fate, was founded in 1148 and is situated in the place where the Volga river makes a sharp bend or “ugol” in Russian; which, according to legend, is how the town received its name. During the walking tour, you will visit the Uglich Kremlin Architectural Complex, which consists of 2 cathedrals, the Prince’s Chamber, the Cathedral of the Transfiguration of our Savior, and, of course, the church of the Tsarevich Dmitry on the Blood. At the end of the 16 century, Maria Nagaya, the seventh and the last wife of Ivan the Terrible, lived in Uglich Kremlin while in exile with her son, Prince Dmitry, and there in the garden he faced his death. Later, at the end of the 17 century, the church of Tsarevich Dmitry on the Blood was built to commemorate that tragic event. Only here you can taste delicious Uglich cheese, drink pure Uglich water out of the local water spring, and purchase the world-famous Uglich watch, the “Chaika.”

Day 5 – Yaroslavl (B/L/D)
During the city tour of Yaroslavl, you will see and visit a lot of monuments and museums. It is really worth seeing, as it is the largest city of the so-called “Golden Ring of Russia,” founded even before Moscow (mentioned in chronicles from 1071). The city was named after Prince Yaroslav the Wise, who, according to the legend, killed a sacred wild bear (the pagan deity of local tribes) with his axe. Since those times a bear with an axe is Yaroslavl’s coat of arms. During the city tour, you will visit the church of Elijah the Prophet, decorated with frescos and icons dated back to the 17th century (a UNESCO World Heritage Site). Other points of interest include the magnificent Savior Monastery ensemble dating from the 13th century, majestic churches of the 17th century, and the newly rebuilt golden-domed Assumption Cathedral, which had been demolished after the revolution of 1917. You will stroll along the embankment to the place where two rivers, the Volga and the Kotorosl, converge and see an elegant rotunda.

Day 6 – Goritsy(B/L/D)
Today our ship is docked at the pier of the small village of Goritsy, situated on the shore of the Sheksna River. From there, we start our bus tour to the town of Kirillov to visit the Kirillo-Belozersky Monastery (the monastery of Cyril of the White Lake). Goritsy has attracted thousands of people since the canal has been open, due to the ensemble of the Resurrection Nunnery situated not far from the pier at the foot of the Maura Mountain. The nunnery was founded in 1544 by Efrosinya Staritskaya, the aunt of Ivan the Terrible. The Kirillo-Belozersky Monastery is situated 8 km from Goritsy and is an object of a great artistic and historical value. It was founded in 1397 by the monk, Cyril, who had come to those lands from Moscow by the will of Our Lady. During the time of the flourishing (15th -17th centuries) many Russian Tsars and nobles used to visit the grounds of that monastery to pray and to bring generous donations. In that very place, the father of Ivan the Terrible (Basil the Third) came to ask God for his heir. The monastery was not only the richest cultural, religious, and educational center of the time, but also the most northern Russian citadel which had never been captured by enemies. During the tour, you will visit the territory of the monastery, museum exhibitions, and, of course, the small, functional church of St. Cyril of the White Lake with his miracle- making holy relics.

Day 7 – Kizhi Island (B/L/D)
Having passed through 6 locks of the Volga-Baltic canal, our Motorship will transverse from south to north on one of the biggest lakes in Europe – Onega Lake, to take us to the highlight of our cruise – Kizhi Island. This world-famous open air museum is under the protection of UNESCO and presents a unique architectural style of northern Russia. It comprises a remarkable array of wooden churches dated from the 9th-19th centuries, including chapels, bell towers, peasant houses, granaries, hay store-houses, windmills, and steam baths. In the center of Pogost, you will find a real masterpiece of wooden art – a 22-domed wooden Church of the Transfiguration, which had been built, according to legend, in 1714 by Master Nestor without a single nail. After he finished the construction, he threw out his axe into the water of the Onega Lake and said, “There had never been and will never be a church like that!”

Day 8 -Mandrogy (B/L/D)
The village of Verkhnie Mandrogy is situated on the shore of the picturesque Svir River which is the only river connecting Europe’s largest lakes; the Ladoga and the Onega. This village is one of the most beautiful and environmentally sound places in the Leningrad region built in 1996 on the place of an ancient settlement as the original project of the Russian national village. The tour will combine active leisure and fresh air with ancient traditional Russian interiors inside the “traktir” or “izba” (tavern and house). You will also venture to a unique Vodka Museum. During the stay you can visit Remeslennaya Sloboda (an art studio) to get acquainted with the traditional Russian handicrafts of wood painting (including Matryoshka doll painting), wood cutting, weaving, pottery and lace-making. You will have a chance to take a master class in any of the craft shops. Both children and adults will enjoy this activity and will take home some memorable handmade souvenirs.

Day 9 – St. Petersburg, City Tour
During the bus tour of St. Petersburg, our experienced guides will show you the main sightseeing attractions and tell you about the history of the city. You will drive along the main street of the northern capital – Nevsky Prospect, make a stop on the “Arrow” of the Basil Island, take pictures of the Bronze Horseman on the Decembrists’ Square (formerly Senate Square) and admire the beauty of the largest single-domed cathedral of Russia – St. Issak’s Cathedral. You will see a grandiose ensemble of the Palace Square, the Field of Mars, Cruiser Aurora, and Church of Our Savior on the Spilled Blood, St. Petersburg University Building and Smolny Monastery. The bus will also take you along the most beautiful embankments of the city: Palace, University, and Peter’s embankments. During the tour you will make several stops to have a relaxing stroll along the embankments, to enjoy the city sights, and, of course, to take pictures.

Day 10 – St. Petersburg, Hermitage (B/L/D)
Today you will have an opportunity to visit one of the best museums in the world and the first museum in Russia – the State Hermitage Museum. This magnificent museum presents art treasures and historical heritage of the East and the West from Paleolithic times to present day. 120 museum halls accommodate permanent exhibitions and are located in 4 different, interconnected buildings. During the tour you will get acquainted with the history of the museum foundation, visit the reception rooms of the Winter Palace, pavilions of the Small Hermitage, see the famous Peacock Clock and other masterpieces of pictorial art, sculpture, and applied art, created by the greatest masters ever. The exhibition culminates with a picture gallery, started by Catherine the Great who would purchase private collections. Thus the collection includes “Judith” by Giorgione, “The Holy Family” by Rafael, paintings by Botticelli, Rembrandt, Titian, Pussen, Michelangelo, and many others. At the end of the tour, you will have some free time to enjoy a cup of coffee on the ground floor of the museum or to buy memorable souvenirs.

Day 11 – St. Petersburg, disembarkation (B)
Your cruise ends today. After breakfast, you will have time to pack your suitcases and after disembarkation, you will be transferred to the hotel, train station, or airport.

Cruise from St. Petersburg to Moscow, itinerary is identical but in reverse order