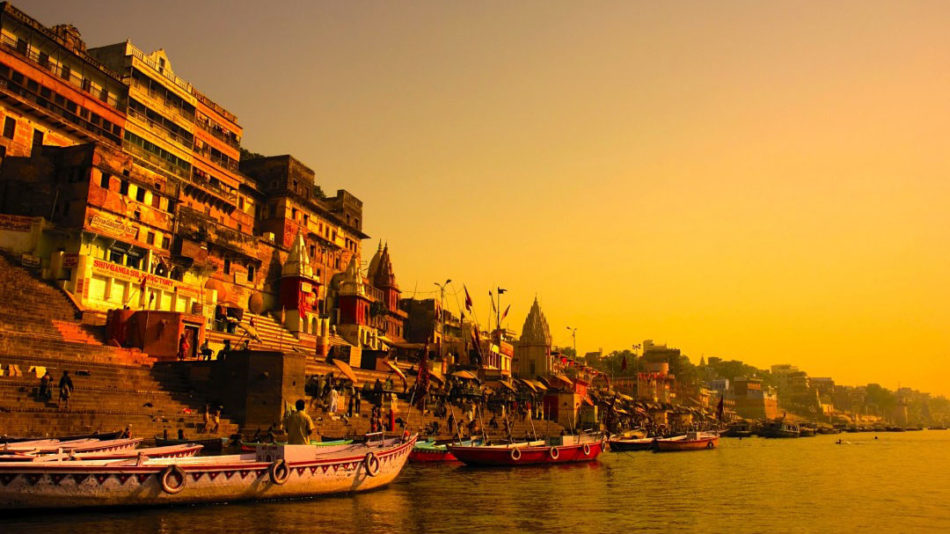 Upon arrival in Delhi airport, our representative will meet and welcome you at the airport. Your driver will assist you with your bags and then, you will be transferred to your hotel. Upon reaching your hotel, check-in & relax.

Breakfast at Hotel.
Morning: Sightseeing tour of Old Delhi visting the Jama Masjid, built in the year 1656 AD by the Mughal Emperor Shah Jahan. Take a stroll down through Chandi Chowk, the heart of Old Delhi and the place to be for the full-on Indian experience of crowded, twisted alleys and tiny shops and Red Fort, built by Emperor Shah Jahan in the year 1648. Also visit Raj Ghat, a memorial to the Father of the Nation, Mahatma Gandhi.

Afternoon: Sightseeing tour of New Delhi visiting Qutub Minar, a 72.5 m minaret, the tallest “skyscraper” in the world when built (1193-1368). Drive past India Gate, a memorial for the Indian soldiers who died in World War I and President’s House, the official residence of the President of India”

Breakfast at Hotel. Transfer to airport to board flight for Varanasi.
Known as Benares or Kashi in ancient India, Varanasi is one of the oldest cities in the world, with a written history dating back more than 4,000 years. It has an intense, almost palpable atmosphere of spiritual devotion, a feeling of an unending religious festival. Hundreds of temples propitiate the thousands of deities in the Hindu pantheon. Pilgrims from every part of this vast nation crowd the narrow streets and the riverside ghats.
Drive to the nearby ancient Buddhist learning center of Sarnath. Here, Gautama Buddha preached his first sermon to his first disciples. Visit some of the Buddhist temples and Sarnath Museum (Closed on Fridays) which houses some of the great treasures of Indian Buddhist art. Also visit a local silk-weaving workshop.
Dinner & Overnight at Hotel

Early morning boat ride on the Ganges River to see thousands of Hindus devotees descend to the holy water for purification. Walk along the Ghats followed by tour of the Bharat Mata Temple and Kashi Vishwanath Temple.
Return to Hotel for breakfast
Morning visit Alamgir Mosque and the Ramnagar Fort, home of former Maharaja of Banaras. The Durga temple, Tulsi Manas temple. Drive around the Benares Hindu University, built during the Indian freedom struggle and is known as Oxford of the East.
Dinner & Overnight at Hotel

Day 05: Varanasi – Khajuraho by air (B/D)
Breakfast at Hotel. Transfer to airport to board flight for Khajurhao.

Afternoon: Visit the Eastern and Western Group of Temples- World renowned for its sculptured temples dedicated to Shiva, Vishnu, and Jain deities, and the sexually explicit carvings both inside and outside the temple. This UNESCO world heritage site is believed to have had over 75 temples of which 22 remain today.

Located on the banks of the Betwa River, Orchha has changed little over the centuries. Although a small town today, Orcha once served as the capital of the Bundela Kings, one of the largest and powerful Kingdom in central India, and as a result, Orchha has more temples and palaces than any town of this size deserves. Crumbling temples and palaces are scattered across rural countryside, their spires and domes rise from the jungle. Orchha, means ‘Hidden’ and it is indeed a hidden gem. Visit Orchha Fort Palace Complex, Raja Ram Temple and Cenotaphs and tour the local village.
Lunch at a local restaurant in Orchha.
Dinner &amp overnight.

Morning: visit Agra Fort (UNESCO World Heritage Site) – Construction of this massive red-sandstone fort, on the bank of the Yamuna River, was begun by Emperor Akbar in 1565. The fort was built primarily as a military structure, but Shah Jahan transformed it into a palace, and later it became his gilded prison for eight years after his son Aurangzeb seized power. Also visit Mother Teresa orphanage.

Late afternoon: Visit Taj Mahal at sunset, to watch one of the most well preserved and architecturally beautiful tombs in the world, a mausoleum of white marble, built between 1631 and 1648 by the Mughal emperor Shah Jahan in memory of his favourite wife.
Note: Taj Mahal is closed on every Friday.
Dinner & Overnight at Hotel

Breakfast at Hotel.
Drive to Jaipur. En-route visit Fatehpur Sikri – “The City of Victory” or the abandoned red sandstone city, was built by the Mughal Emperor Akbar as his capital and palace in the late 16th century. It was the capital of the Mughal Empire for only 10 years and is believed to be abandoned due to scarcity of water.

Also visit Bharatpur Bird Santuary by Cycle Rickshaw ride, a large marshland, is one of the finest bird sanctuaries in the world. Over three hundred species of bird migrate to this bird sanctuary from Siberia and China.

Morning: visit Amber Fort and enjoy an elephant/jeep ride.
Situated in Amber, 11 kilometers from Jaipur, Amber Fort is one of the most famous forts of Rajasthan. Built in 1592 by Raja Man Singh, the fort was built in red sandstone and marble and the Maotha Lake down below adds a charm to the entire Fort. It boasts of various buildings of prominence like the ‘Diwan-i-Aam’, the ‘Sheesh Mahal’ and the ‘Sukh Mahal’ and has influences of both Hindu and Muslim architecture. En-route to Amber Fort, make a brief photography stop at Hawa Mahal “the Palace of Winds”.

Afternoon: Visit the Maharaja’s City Palace. A complex of courtyards, gardens and buildings, the impressive City Palace is right in the centre of the Old City, with an imposing blend of traditional Rajput and Mughal architecture. Also visit Jantar Mantar, a UNESCO world heritage site, the largest of five astronomical observatories build by Maharaja Jai Singh during the period 1727-1734 in North India.

Day 10: Jaipur – Jodhpur by surface (320 Kms./6 Hrs) (B/D)
Breakfast at Hotel. Drive to Jodhpur.
Afternoon: visit Mehrangarh Fort – founded in 1459 A.D. by Rao Jodha (After whom the city is named) the Fort is intricately adorned with long carved panels and latticed windows of exquisite designs in Red Sandstone. Also visit Umaid Bhavan Palace Museum, displaying an exclusive range of personal belongings of the Maharaja and the royal family.

Afternoon: visit Mehrangarh Fort – founded in 1459 A.D. by Rao Jodha (After whom the city is named) the Fort is intricately adorned with long carved panels and latticed windows of exquisite designs in Red Sandstone. Also visit Umaid Bhavan Palace Museum, displaying an exclusive range of personal belongings of the Maharaja and the royal family.
Dinner & Overnight at Hotel

Day 11: Jodhpur – Ranakpur -Udaipur by surface (260 Kms./5 Hrs) (B/D)
Breakfast at Hotel. Drive to Udaipur.
Visit Kumbhalgarh, once the site of an ancient citadel dating back to the 2nd century AD, Rana Kumbha founded the fort of Kumbhalgarh in the 15th century. Kumbhalgarh is one of the few forts in India that remain unconquered till date. One of the reasons behind this is the inaccessibility and hostile topography of the fort. Maharana Fateh Singh got the fort renovated in the 19th century.

Also visit Ranakpur, is widely known for its marble Jain temple, said to be the most spectacular of the Jain temples (Temples opens from 1200 to 1600 hrs for the public daily). Light colored marble has been used for the construction of this grand temple. The temple, with its distinctive domes, shikhara, turrets and cupolas rises majestically from the slope of a hill. Over 1444 marble pillars, carved in exquisite detail, support the temple.

Enjoy a Tuk tuk ride (local auto vehicle) from Jagdish Temple to Hotel.
Transfer to airport to board flight for Mumbai
Dinner & Overnight at Hotel

Day 13: In Mumbai (B/D)
Breakfast at Hotel.
Visit Mumbai City: visit Gateway to India, an elegant 26 mtrs stone archway, erected as a symbol of welcome to Queen Mary and King George V of England on their visit to India in 1911; Church Gate Station to watch the “dabba – wallahs”, Prince of Wales Museum – premier art and history museums in India and Victoria Terminus, a major landmark of Mumbai city. Also visit Dhobi Ghat, Laundry quarters – only of its kind in world, Mani Bhavan – Mahatma Gandhi’s home and Museum and drive past Marine Drive – a bustling waterfront promenade.
Dinner & Overnight at Hotel

Day 14: Leave Mumbai
Transfer to airport to board international flight back Home

$1995
Land only per person based on sharing

$2495
Land only per person based on sharing

$3595
Land only per person based on sharing

Be the first to review “Legacy of India” Cancel reply