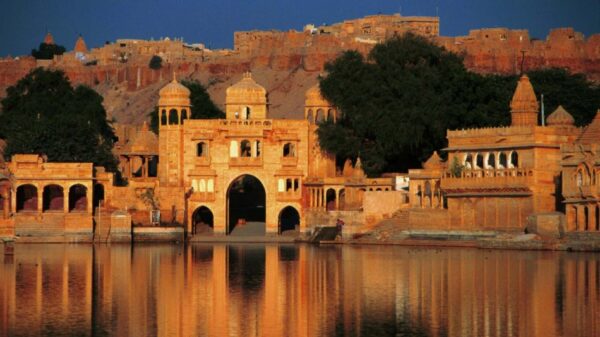 DehradunYoga – the magical word for fitness today was perhaps born centuries back in India. Derived from the Sanskrit word yuj, yoga means union of the soul with spirit. Yoga is an amalgamation of religion, philosophy, and practices. It is a physical, mental and spiritual discipline which takes one to the path of moksha (liberation). The science of Yoga is a way of life for India.

Meditation – is when a person trains the mind to be more self-aware, to look inward, or to reach an altered state of consciousness. It’s an ancient practice with a rich history in India, where both Buddhist and Hindu traditions use it.

Our representative will meet you in the arrival area of the airport after you clear all immigration and custom formalities. Depart for your hotel and check in for your stay.

Delhi is India’s capital and a major gateway to the country. Perhaps there is no other capital city in the world so steeped in history and legend as the Indian capital Delhi. It was the magnet, which drew the Mongols, Turks, Persians, Afghans, Mughals and the British, all of whom contributed to its glorious but turbulent past. The fascination with Delhi was such that even though it was abandoned many times, its rulers returned to it again and again rebuilding it at least seven times. Today, the twin cities of Old and New Delhi still intrigue Indians and tourists alike as the cultural and political capital of the largest democracy in the world.

Day 03: DELHI – VARANASI (FLIGHT) (B/D)
Early Morning Yoga & Meditation.
Later transfers to airport in time to connect flight for Varanasi. (9W2423 -1105/1230hrs)
Upon arrival, your will be met by a local representative and transfer to your hotel for check in.
Evening boat ride followed by a prayer ceremony on the Ganges.

DAY 07: ORCHHA (B/D)
Morning:  Sightseeing of Orchha visiting fort, temple and other attractions.
In the evening enjoy a session of yoga and meditations on banks of River Betwa.
Later join a traditional cooking class.
Overnight at in Orchha

DAY 11: JAIPUR (B/D)
Morning excursion to Amber Fort with a photo stop at Palace of Winds.
Enjoy an elephant/jeep ride up the magnificent fort and make a tour of the complex.
Afternoon – City sightseeing including visit to City Palace and Jantar Mantar/Royal Astronomical Observatory.
Overnight at Hotel

Extension to the Yoga Capital – Rishikesh.

$1,715
Land only per person based on sharing

$2,050
Land only per person based on sharing

Be the first to review “Yoga Sojourn” Cancel reply